If you are planning your trip to Croatia and like old towns and historical cities, it’s worth adding some extra days to enjoy the Istrian region. Istria is the largest peninsula in the Adriatic Sea, the peninsula is located at the head of the Adriatic between the Gulf of Trieste and the Kvarner Gulf.

Day Trips to Istria from Zagreb

On this tour, we leave Zagreb in the morning towards the smallest city in the world, Hum, with a population of only 28 inhabitants. The city was founded in the 11th century and, like most walled medieval towns, Hum developed only within the walls. It is very interesting to be able to walk between the alleyways and stone houses and see how people lived in the old days. Hum really looks like a scenic city, and it’s pretty crazy to think that some people still live there, almost like they stopped in time. 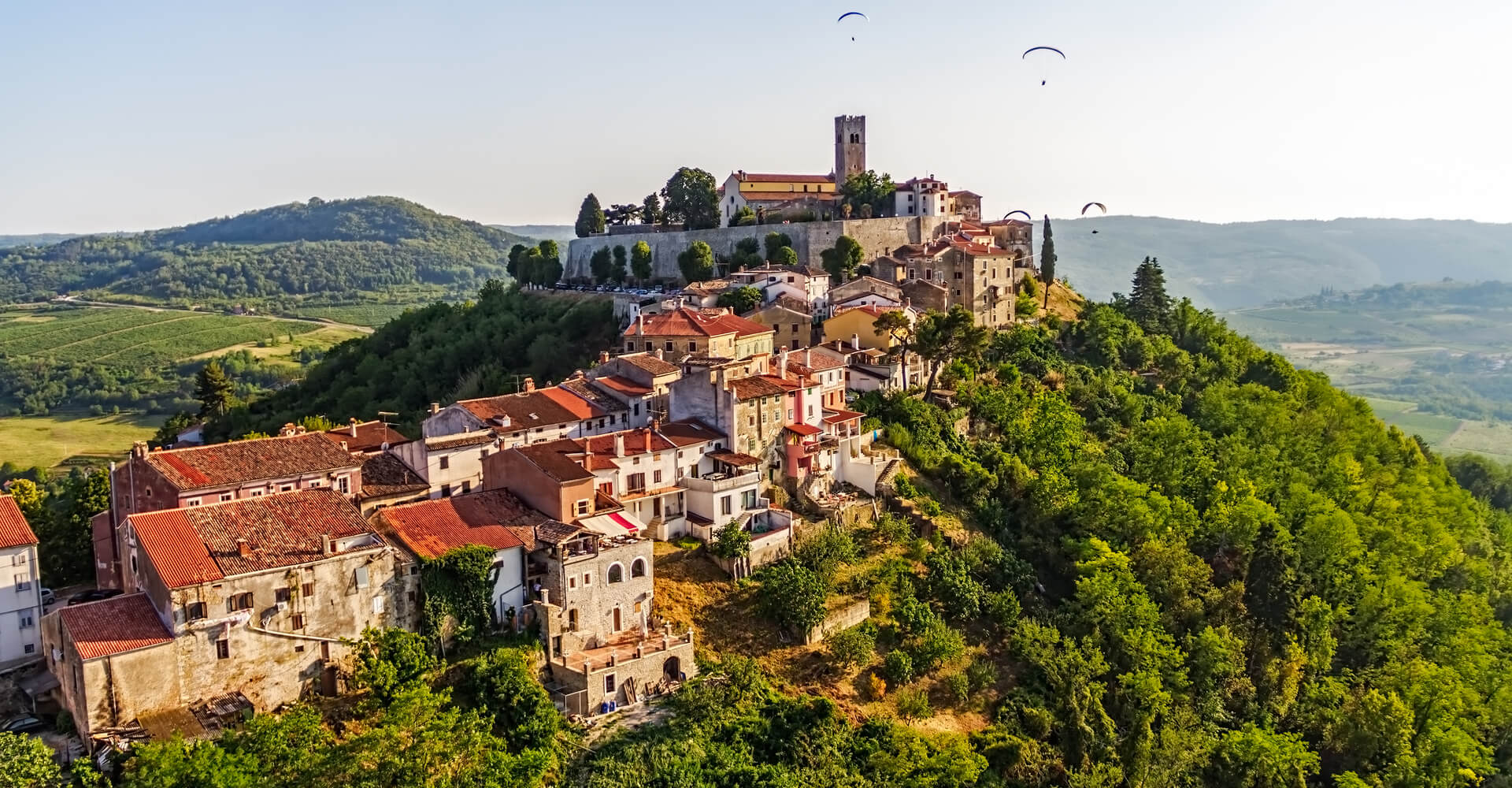 After Hum, we continue our trip to Motovun, a medieval acropolis city, situated on the top of a hill, with a wonderful view of the Mirna River and the region. Motovun is also a city full of history and receives the Motovun Film Festival, the most famous film festival in the country.

The town of Opatija has situated on the Kvarner Gulf just 90 km from Trieste in Italy and 82 km from Pula in Croatia. Surrounded by beautiful woods and lush parks, the town that used to be the summer resort destination of the Austrian imperial family and the Austrian nobility in the 19th century, is now the main location to several winter and summer resorts. Apart from the resorts, several luxury hotels and villas were also built, always preserving the identity of a rich and imperial city bathed by the Adriatic Sea.

One of the things the biggest Croatian peninsula, Istria, is most famous for are truffles. Black or white – they were always considered “diamonds of the kitchen”. Embark on an adventure trying to find one (or more) and taste various products that use them as an ingredient. 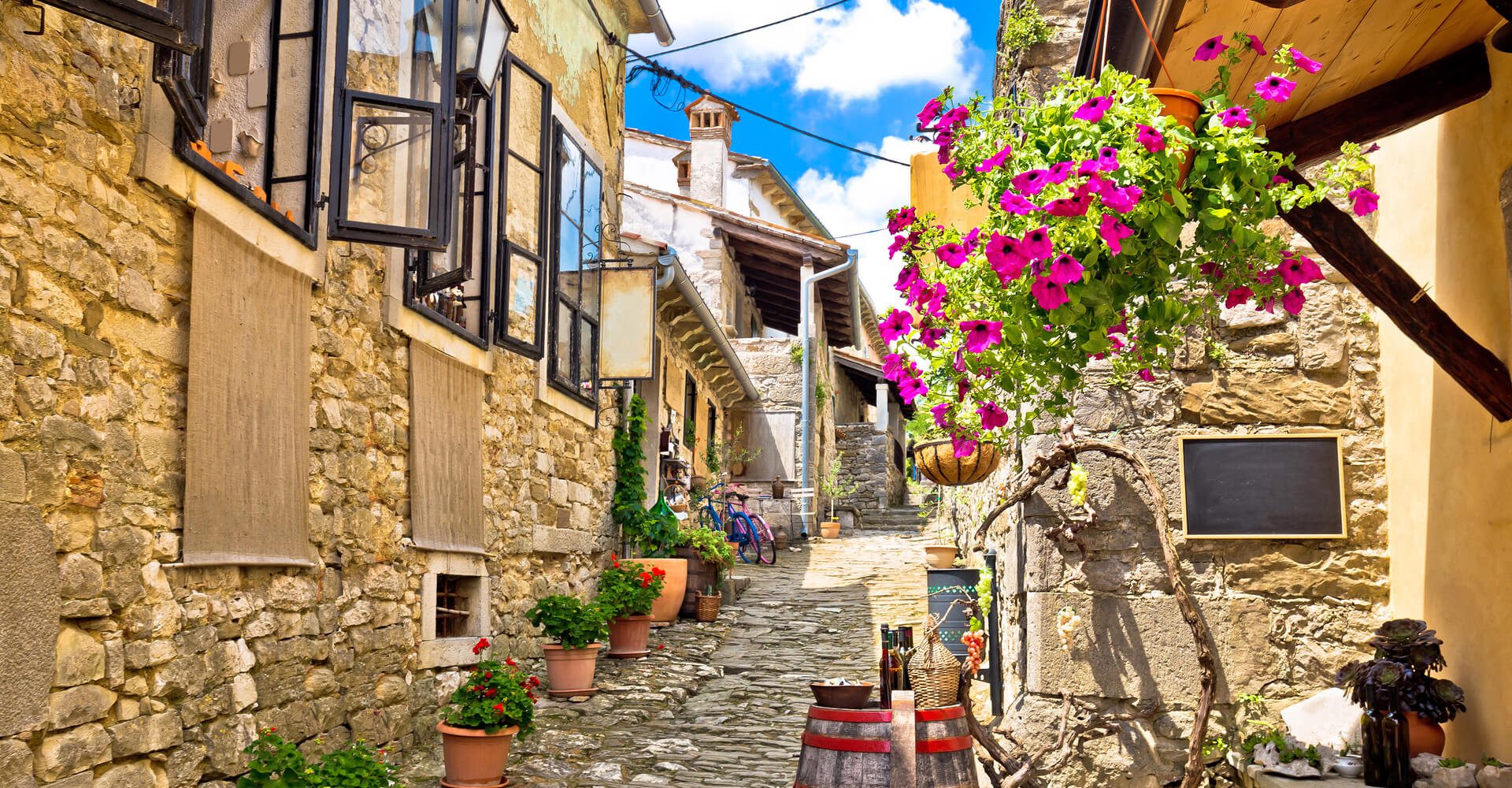 On this incredible experience, we depart in the morning, from Zagreb, towards our Truffle Hunt Adventure. We will drive towards the Motovun forest, a “big truffle treasure chest”. But no man can open that chest without the help of a trained dog (or pig in some cases). We decided to choose a dog to be our helper, in this case. So, after we meet with our helper and his owner the hunt can start.

With a little help of Goddess Fortuna, we will return form the woods with a few of those precious gems. Our host will also make sure we try some of the delicious products made of them and taste some of local “rakija” liquor.

After our truffle hunt and taste, we will continue our Day trip to our next destination: Hum! With only 18 houses, surrounded by walls and gates, guarding the ancient Croatian secrets, this little place preserves the medieval atmosphere and it is quite famous for being the smallest city in the world! Considering its size, the sightseeing won’t last long. Fortunately – over there we organized a “rakija” tasting. Choose from over 30 different kinds of this famous liquor. Free time for lunch.

What kind of Tour would be ideal for you?