If you want to see heaven on earth, come visit Dubrovnik.

The phrase is from George Bernard Shaw, Nobel-Prize-winning, Irish playwright and co-founder of the London School of Economics. We challenge you to come visit Dubrovnik and disagree with him.

The city of Dubrovnik, in Croatia, considered the pearl of the Adriatic, is located in the extreme south of Dalmatia, at the foot of the mountain of St. Sergius. Dubrovnik enchants for its unusual beauty that mixes medieval, Renaissance and Baroque architecture with the beautiful landscape of the Adriatic.

Dubrovnik Old Town remains extremely well preserved inside its walls that in the past were essential for protection, but now are only historical memories with hundreds of bars, shops, houses, and restaurants. The walled city of Dubrovnik since 1979 earned the title of UNESCO World Heritage Site.

If traveling with Kamauf Tours your city tour in Dubrovnik will begin as soon as you enter into the walls of the Old Medieval city. It’s in the Old Town, specifically in the Stradun, where are located the best attractions of Dubrovnik. The Stradun is basically a large and charming sidewalk with cafes, restaurants, shops, several monuments and historic buildings.

There you can visit the Bell Tower, the Rector’s Palace, Sponza’s Palace and the Big Onofrio’s Fountain. When leaving towards the sea you can see the Old Port and the Fort Lovrijenac. Getting lost in the old walls is surely one of the best ways to discover the medieval city. 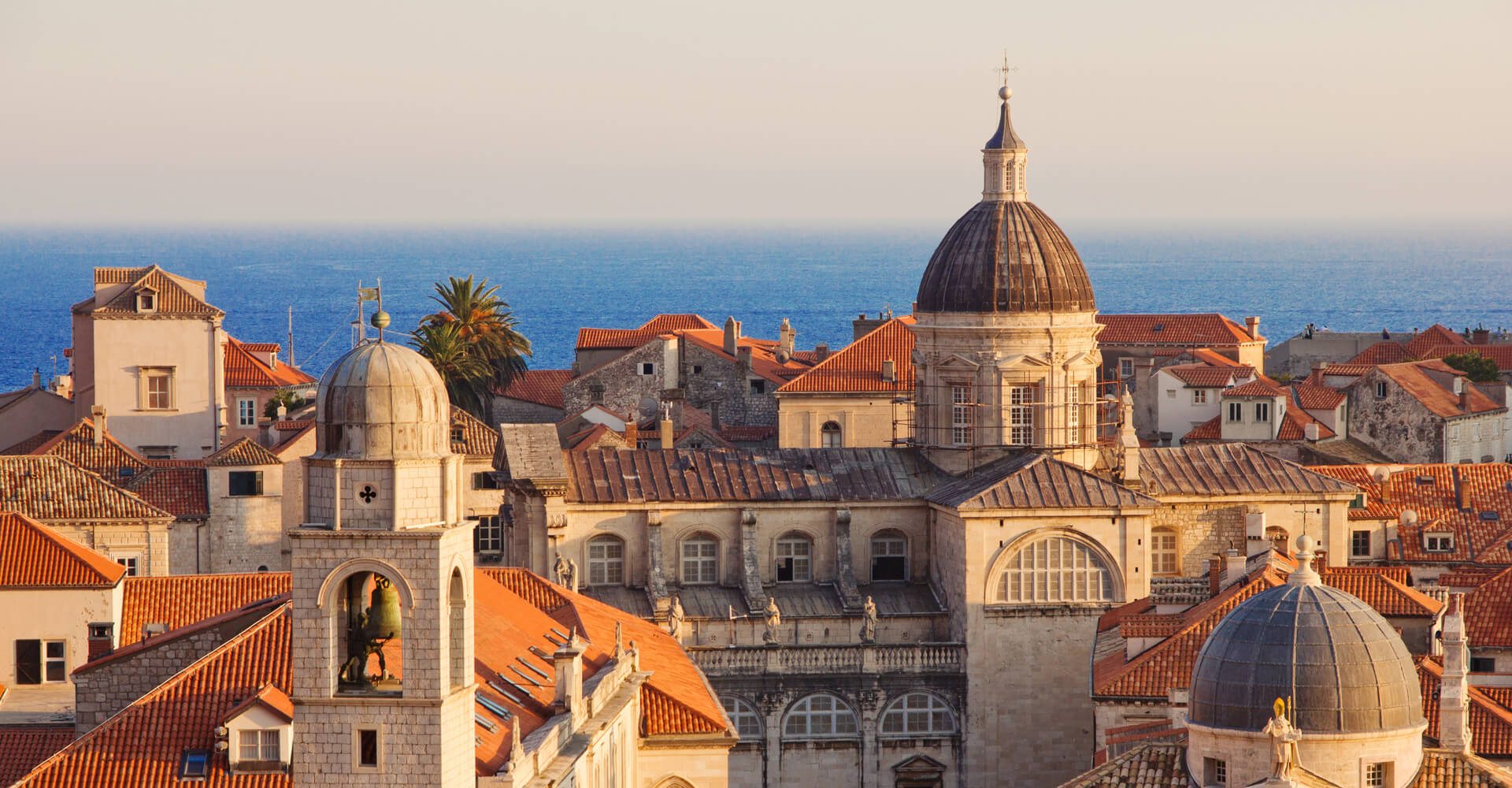 If you want to check out the city as it appears in most of the postcards, you can use the Dubrovnik Cable Car. At the top, there is a small shop, a restaurant, and a coffee place.

Those looking for traditional items to take home will like to know that the city has many artisans. Some of the typical crafts of the region are the tablecloths and linens, all handmade; there is also the famous ties, which are a Croatian creation; and dolls dressed in the traditional costume of the region.

The Franciscan Monastery, near the Big Onofrio’s Fountain, runs the oldest pharmacy in Europe and there you can find creams and other products made with ancient recipes. Wine, chocolates and national oil can also be found throughout the Stradun or in the markets outside of the Old Town.

For anyone who is a fan of the HBO series, Dubrovnik will be a real adventure. Several real locations of the medieval town were used to make George RR Martin’s ideas real in the small screen. The ancient city appears as King’s Landing, ‘Qarth’, among others fictional locations. The Fort Lovrijenac and the walls also appear in various scenes and can be visited. Ten minutes by boat you can visit the island of Lokrum and for the most enthusiastic fans there is also a possibility of a tour that brings you to the Arboretum Trsteno, locations used to record the series.

To complete the Game of Thrones tour in Croatia, you can also visit the Diocletian’s Palace and Klis Fortress, in Split and the ancient town of Šibenik. 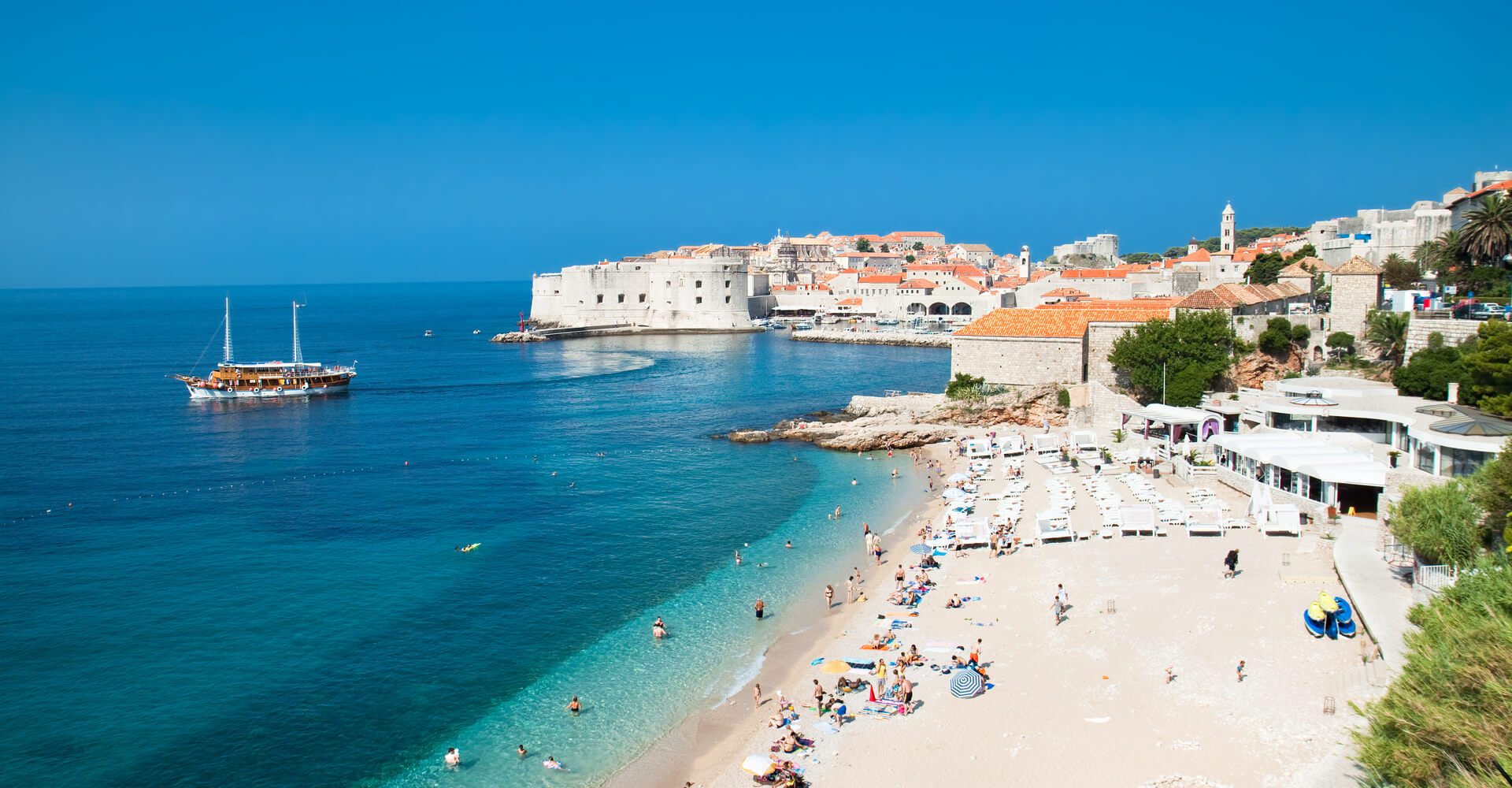 Of course, that, besides all the historical and medieval places you can also enjoy and rest at some of the beautiful Dubrovnik’s beaches.

Some of the best beaches in Dubrovnik are Banje, Lapad bay beaches (Vis, Adriatic…) and Copacabana beach. And yes, you can count on blue crystal water and a Mediterranean atmosphere, just as you dreamed of in any of them.

The Banje Beach, also known as the city beach, is the closest to the Old Town which makes it the most crowded one during summer and the easiest to go. It’s a beach with some infrastructure where you can rent chairs and umbrellas. From the Old Town, you can reach the beach with a short walk from the Ploče Gate.

But, if you want to feel like a local and don’t mind going a bit further, there are a lot of other beaches around Dubrovnik with fewer tourists. You can also reach for some of the closest islands like Lokrum, Sipan or Lopud taking a boat trip from Dubrovnik.

Doesn’t matter where you choose to dive in, know that you will find a stunningly beautiful and clean sea. By the way, the sea around Dubrovnik has been rated “excellent” by the European environmental regulators.

And for those who do not appreciate cold water, it’s also good to point that Dubrovnik Riviera it’s among the warmer waters in Croatia with temperatures averaging about 25.5°C in August 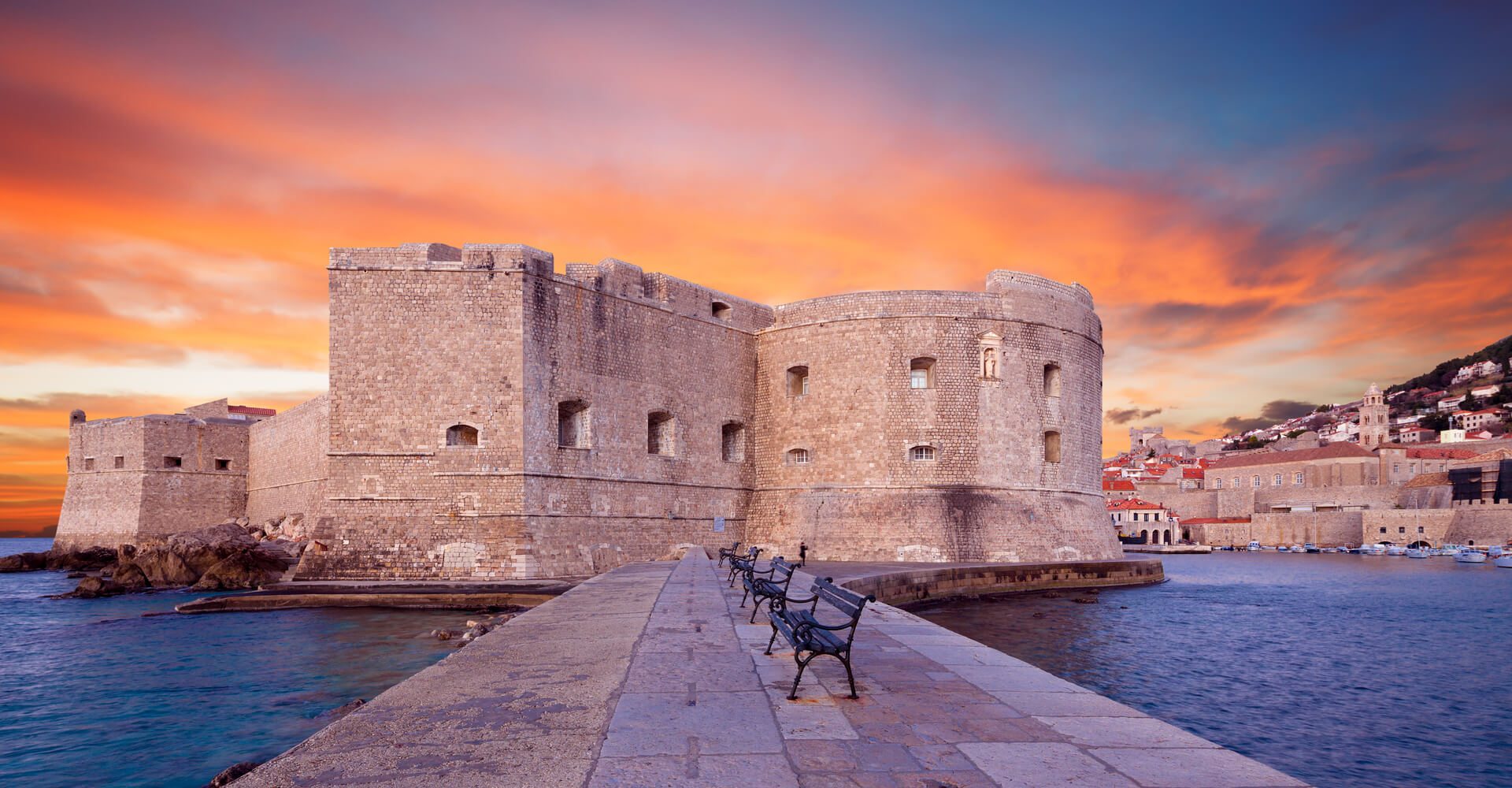 If your trip is not complete without nightlife you can be sure you will find it in Dubrovnik’s Old Town. Especially during the summer season, the Stradun becomes an open show stage at evenings and nights. You can just choose the bar or your preference and enjoy the relaxing atmosphere with live music, drinks, and appetizers.

So now, after all that what do you think, was Irish Bernard Shaw right?

We hope to help you to get just the best of Dubrovnik!

Come enjoy with us!

What kind of Tour would be ideal for you?