Did you know? The Tie.

Did you know that the famous tie, fashion icon used daily by thousands of people around the world was created in Croatia? Yes! And besides that, it is the result of a history of love, courage and hope.

The story tells that it was during the Thirty Years War that the tie became popular when thousands of Croatian soldiers went to France to serve the King Louis XIV. They were part of a cavalry composed only of Croatian soldiers, named Royal Cravat and they used a red scarf tied around their neck. When the cavalry arrived in Paris they caused a big impression with the accessory. So much that the king himself ordered some and began to use them with his royal garments.

But why the Croatian soldiers wore this accessory? According to legend the red scarves were given by the wives and girlfriends of soldiers in a sign of love and the wish of good luck in the war. But besides serving as a lucky charm, the scarves also had a practical use: they were used to make turnstiles in cases of injury in battle. 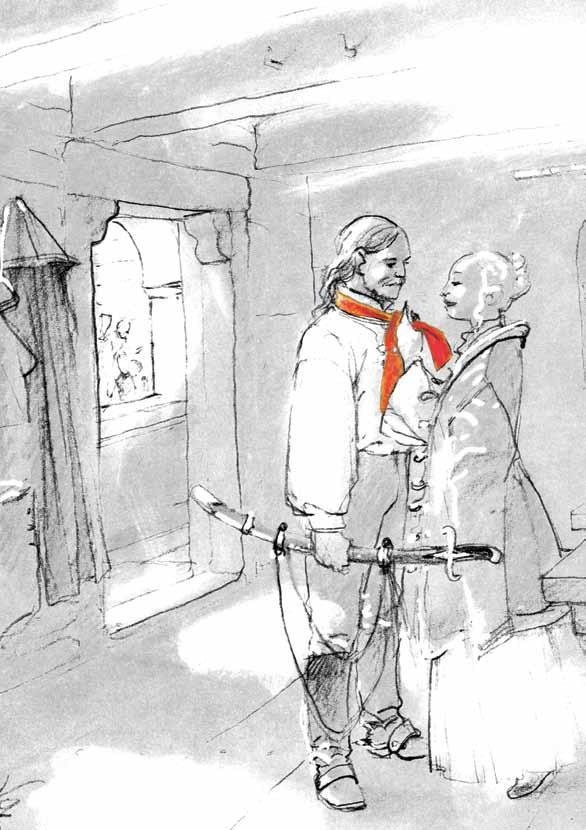 The tie or kravata was a symbols of love and good luck.
Photo: CROATA Pinterest

Tie in the Book of Records

The Croatian pride about the tie is such that on October 18 of 2003 the Croatian organization Cravatica Academy entered the Guinness Book of Records with the biggest tie in the world. It had 808 meters, 450.75 kg of fabric and 120 km of rope and was placed around one of the great symbols of the country, in the Arena, in the city of Pula. The date became celebrated as the International Tie Day. 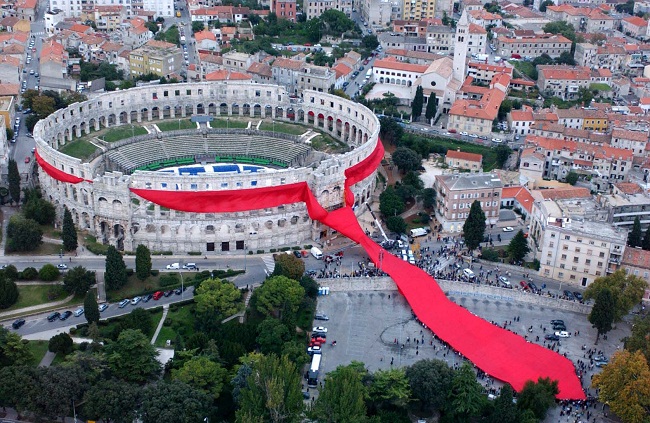 The biggest tie in the world was exposed in Pula, Croatia, in 2003.
Photo: Goran Sebelic

According to the organizers the trickiest part of this project was to tie the cravat’s knot that is not fake! Another interesting fact that has enabled this project to happen was the structure drawn up by the expert ship-building, Dr.Bruno Calić, who developed a metal base able to hold the tie at the required location.

But that’s not all, to keep the tie clean from bird’s waste a megaphone with artificial sound howls was installed in the area avoiding the presence of birds during the event.

So did you like this piece of history with some curious facts? Now when you visit Croatia and want to gift someone with a unique and traditional memory you already know what to get!